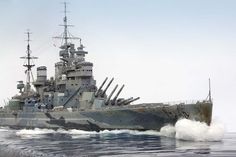 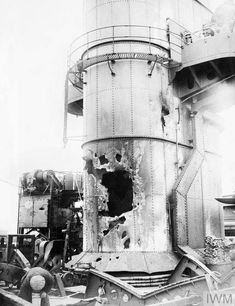 14 in battleship HMS Prince of Wales after her engagement with Bismarck and Prinz Eugen on 24 May 1941, in which battlecruiser HMS Hood was lost. She was hit by 5 x 15 in and 3 x 8 in shells before being forced to break off the action, hitting Bismarck 3 times in reply. One of the hits proved critical, isolating much of Bismarck’s fuel supply and forcing her to head direct to occupied France. Of course she never got there. 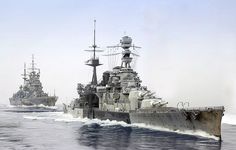 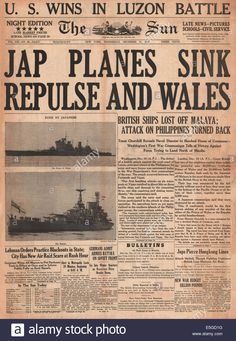 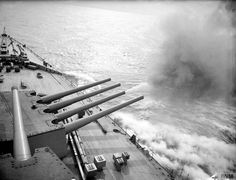 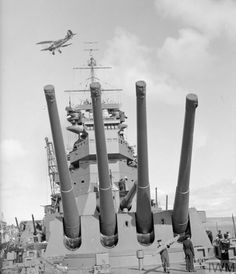 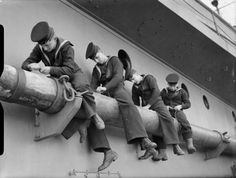 THE ROYAL NAVY DURING THE SECOND WORLD WAR

A 3910. Four sailors sit astride one of the booms of the battleship HMS PRINCE OF WALES to clean and scrub it.

Sinking of Prince of Wales

HMS Prince of Wales off Singapore shortly after her arrival with battlecruiser HMS Repulse (Force Z) as a supposed deterrent to Japanese aggression in the Far East. Attempting to disrupt Japanese landings on the Malayan peninsula a few days later, both were sunk by air attack on 10 December 1941 with heavy loss. 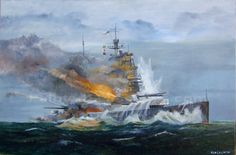 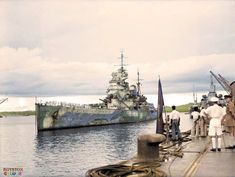 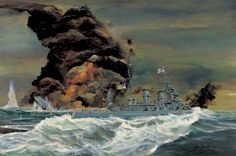 HMS Hood slips under as HMS Prince of Wales passes. 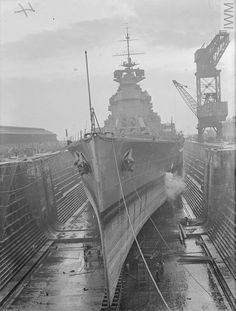 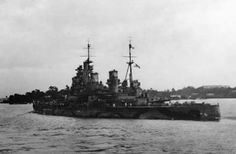 HMS Prince of Wales (53) leaving Singapore on December 8. 1941, 3 days before being sunk by Japanese bombers off Kuantan, Malaysia-South China Sea.

Naval History from ancient times to this day, medieval, enlightment and industrial era, WW1 and WW2 and the cold war. Ships typologies and fleets studies. 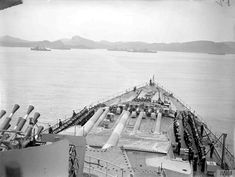 HMS Prince of Wales arriving at La Palencia on August 9, 1941 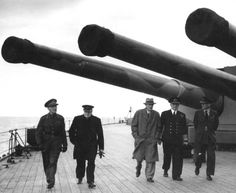