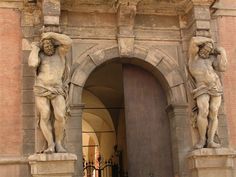 "Palazzo Davia-Bargellini, Bologna" in 1658 by architect Bartolomeo Provaglia (? - Bologna 1672). Commissioned by Camillo Bargellini. Between 1839-74 the Davia family purchased the palace. One of the prized features of the palazzo are the two colossal sculptures of Telamon (also called atlas, atlantes or atlantids) flanking the entrance. The Greek mythological figures were sculpted by Gabriele Brunelli, using four huge masegne blocks, the sandstone from the upper Bolognese Apennines. 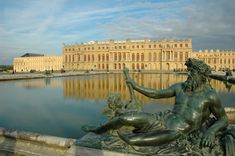 "Palace of Versailles, Île-de-France" In 1624 King Louis XIII ordered the construction of a hunting lodge. Eight years later began to make enlargements, becoming the core of the new palace. in 1661 his succesor, Louis XIV, had it expanded into one of the largest in the world, the architects Louis Le Vau and André Le Nôtre, and painter Charles Lebrun began a detailed renovation and expansion of the château. Famous not only as a building, but as a symbol of the system of absolute monarchy.

“The Mauritshuis, The Hague, Netherland” in 1636-44 by architect Jacob van Campen (Haarlem 1596 - Utrecht 1657). Commissioned by Johan Maurits prince of Nassau-Siegen, governor of the Dutch colony in Brazil. One of the most beautiful examples of Dutch classicist architecture, based on the principles of classical Greek and Roman architecture (pilasters, Ionic capitals, cornices and tympana.) The pilasters give the building at once a monumental and tridimensional aspect, the air of a Roman… 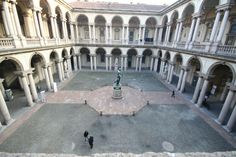 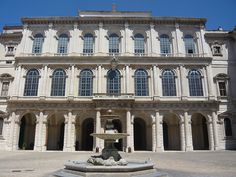 "Palazzo Barberini (Galleria Nazionale d'Arte Antica), Rome" in 1627 designed by architect Carlo Maderno (1556-1629), one of the fathers of Baroque architecture, when Maderno died Bernini (1598-1680) took over, assisted by architect Francesco Borromini (1599-1667). Commmissioned by Maffeo Barberini who became Pope Urban VIII and decided to built a grand palace for his family. Maderno. designed it as a typical villa, with wings extending into the surrounding gardens. 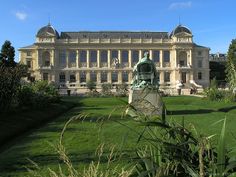 "Museum of Natural History, Paris." (Various architects). Complex started out as the royal botanical gardens, founded in 1626 by Louis XIII (1601-1643) for the cultivation of medicinal plants. The museum was founded in 1793 after the fall of the monarchy during French Revolution. 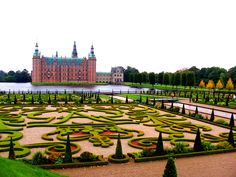 "Frederiksborg Palace, Hillerød, Denmark" The oldest parts of the castle date back to the 1560 structure built by king Frederick II (1534-1588), although most of the palace was constructed by King Christian IV (1569-1625) between 1602-1620. He employed the Flemish architects Hans and Lorenz van Steenwinckel (Dutch style). It is the largest Renaissance palace in Scandinavia, is located on three small islands in the middle of Palace Lake and is adjoined by a large garden in the Baroque style.